Please Visit "Roy Branson Legacy Sabbath School" at YouTube for Many More Videos and Playlists of Our Sessions.

For an excellent biographical account of the life and work of Roy Branson in the Encyclopedia of Seventh-day Adventists, please copy and paste: https://encyclopedia.adventist.org/article?id=7D5C&highlight=y.

There are two “Roy Branson Legacy Sabbath Schools.”  The older one, which now has a different name, meets at the Sligo Seventh-day Adventist Church on the campus of Washington Adventist University in Takoma Park, Maryland near Washington, D. C. where Branson taught for a number of years.  The younger one meets in connection with the Loma Linda University Church on the campus of Loma Linda University Health.  It is about half way between Los Angeles and Palm Springs in Southern California.

Branson was serving as the Director of the Center for Christian Bioethics at LLUH when he unexpectedly died in the summer of 2015.  He had previously served there as Associate Dean of the School of Religion.

These Sabbath Schools are organizationally independent.  The views which people express in their sessions do not necessarily represent the thinking of either university or church or any individual or organization with which it interacts.  Sometimes they decidedly don’t.

Also, what people say in these sessions do not necessarily represent the views of those who organize and lead them.  Here, too, sometimes they most assuredly do not.

These classes encourage their participants to speak freely and respectfully believing with justification that such open interaction benefits all.  As one participant, a scientist at Loma Linda, put it: “We are confident in the truth and are committed to finding it."

Roy Branson, and his older brother Bruce who became a Loma Linda surgeon, were sons and grandsons of prominent Seventh-day Adventist ministers.  They spent several of their earliest years in Egypt and Lebanon where their parents were missionaries.  When they returned to the United States, they lived in New York City and in Southern California.  Their father died of a heart attack well before his three score and ten years.  Their mother lived much longer.  Roy lived longer than his father did and so did Bruce.

Roy earned his academic degrees at Atlantic Union College (BA), Andrews University (MA), the University of Chicago (MA) and Harvard University (PhD) where his specialty was religious ethics. After earning his doctorate, he taught at Andrew University from which he moved to the Kennedy Bioethics Institute on the campus of Georgetown University in Washington, D. C.  He served at Washington Adventist University and then at Loma Linda University Health after that.

The thought of the American sociologist Talcott Parsons, especially his exploration of the contributions of voluntary associations, influenced Roy greatly. He spent much of his life organizing and leading them.  Three of the most significant were the Religious Coalition against Smoking and Tobacco, the Adventist Forum and its journal Spectrum (https://spectrummagazine.org) which he edited for many years and the Center for Law and Public Policy at Washington Adventist University. The two Sabbath Schools which he organized should be included too.  As indicated, he was leading the Center for Christian Bioethics at Loma Linda when he died and he had served at the Kennedy Institute for Bioethics at Georgetown.

All of these were successful.  The Kennedy Institute is a bioethics powerhouse. The RCAST influenced legislation on behalf of better health in the United States.  In addition to serving the wider society, the CLPP helped a number of college students to be accepted at excellent law schools.  The impact of AAF and “Spectrum” on Adventism in the last of the twentieth century and the first part of the twenty-first is beyond measure.  The Sabbath Schools he initiated continue to be intellectual and spiritual oases for many.

Branson was also an activist within and without the SDA denomination.  He was an advocate in both arenas of positive change which he often justified by appealing to the activism of the first SDAs in nineteenth century North America.  He especially contended for the ordination of women and racial justice within the denomination.  On the other hand, he participated in the struggle for civil rights in the 1960s in the United States.  He was among those who marched with Martin Luther King, Jr. and Abraham Joshua Heschel on behalf of civil rights..  He was a Marshall who assisted in keeping things peaceful in the 1965 march from Selma to Montgomery.

His life offered a sixth possibility to H. Richard Niebuhr's typology of Christ "against," "of," "above," "beside" and "transforming" culture.  As Gerald Winslow, one of his accomplished students, put it in a different context and in his own fashion, Branson's alternative was more akin to "Christ for Society."  Charles Scriven, another of his influential students, detailed something similar in The Transformation of Culture:  Christian Social Ethics after H. Richard Niebuhr (Herald Press, 1988).

Branson published essays and edit anthologies instead of writing books.  His article about the social activism of the earliest SDAs in the Adventist Review had much influence within the denomination.  His essay on the secularization of American medicine had the same impact on the world of bioethics.  He was probably best known for his advocacy of “Apocalyptic Bioethics” as a theoretical alternative to the most frequently used theories of natural law, Kantianism, utilitarianism and virtue ethics.

His courses were small in their number of students because his requirements were high and his expectations were demanding. He used these courses to groom those who did take them for service in academia and the professions.

A disproportionate number of his students went on to earn doctorates of their own in a variety of specialties at excellent universities.  Both Winslow and Scriven, for example, earned their doctorates at the Graduate Theological Union at Berkeley, California. When he died while serving at LLUH, four of the fifteen or so professors in the School of Religion had been his students.

Both Roy Branson Legacy Sabbath Schools seek to extend three of his ways of teaching.  One of these was a fearless dedication to truth and to following it wherever it led.  A second was a joyful mood about this journey which was as far as it could be from the tenor of some academics who are malcontents.   A third was his unshakable loyalty to his community of faith.  This perplexed many because his denomination, which includes many theologically and politically very conservative members and leaders, often misunderstood and mistreated him.  Yet, right up to the end of his life, he was a Seventh-day Adventist and happy to be one.

Each Sabbath [Saturday] at about 9:45 am we send out an email which contains the Zoom Sign In Information for that morning because it changes each week.

At 10:00 am the session is launched for informal conversation among those participants who "arrive" early.  This is neither livestreamed nor recorded.

All of this is livestreamed to Facebook and recorded for YouTube without being edited.   It is made available to the general public exactly "as is" like it would be during an in-person rather than on-line discussion.

Please email bransonlegacysabbathschool@gmail.com with information about yourself in order to be put on the email list.  This will deliver to you the weekly Sign In Information as well as another email or two during the week about things related to class.

Please place "Roy Branson Legacy Sabbath School Sessions in the Search Box at Facebook in order to watch meetings as they are occurring without participating except to write brief comments.

Please place Roy Branson Legacy Sabbath School Links in the Search Box at Facebook in order to view general videos which have been related to our discussions.

Please place "Branson Legacy Sabbath School" in the Search Box at youtube.com for about 200 videos and about 100 playlists of videos on topics and presenters in previous sessions.   Thank you! 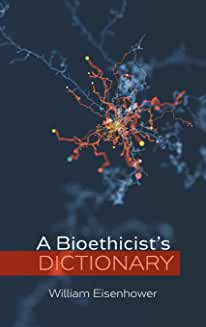 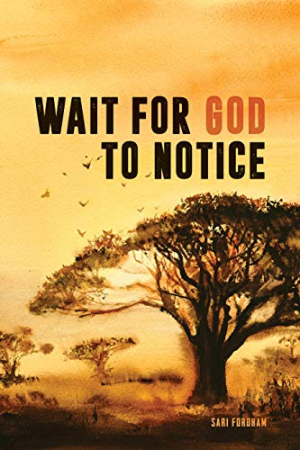 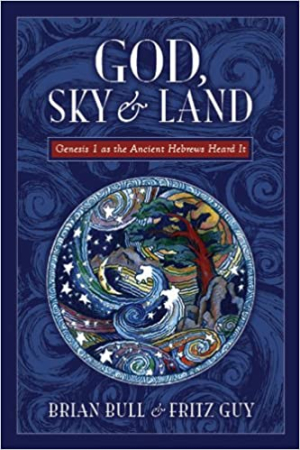 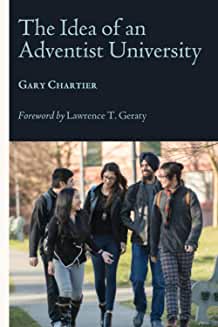 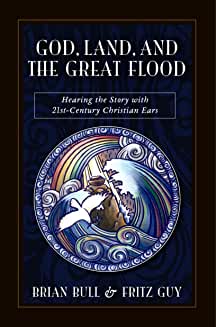 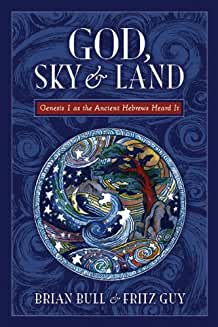 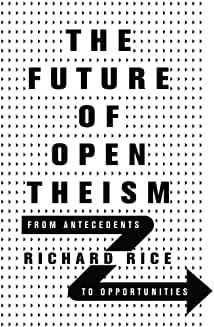 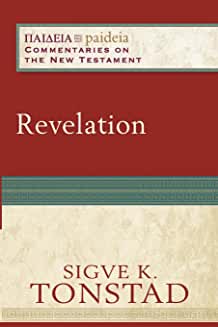 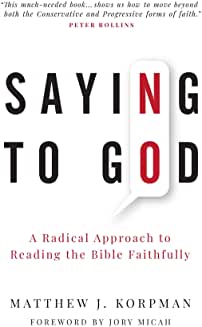 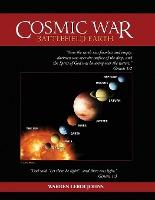 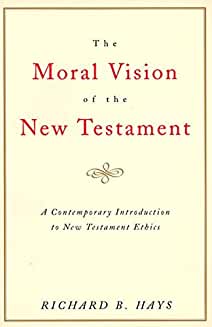 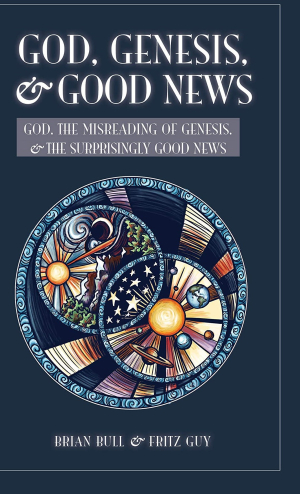 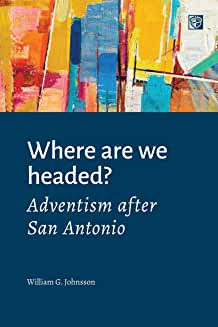 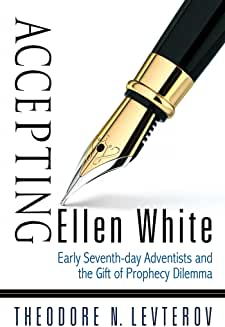